This is a procedure in which the front surface of the cornea is directly sculpted by the excimer laser. The surgeon prepares the eye by gently removing the surface layer known as the corneal epithelium. This layer regenerates itself within a few days. Computer-controlled pulses are directed at the exposed surface (corneal stroma) to reshape the cornea. Less than ten percent of the cornea is affected, with the deeper layers remaining untouched. The entire procedure takes approximately ten minutes per eye and is virtually pain free. 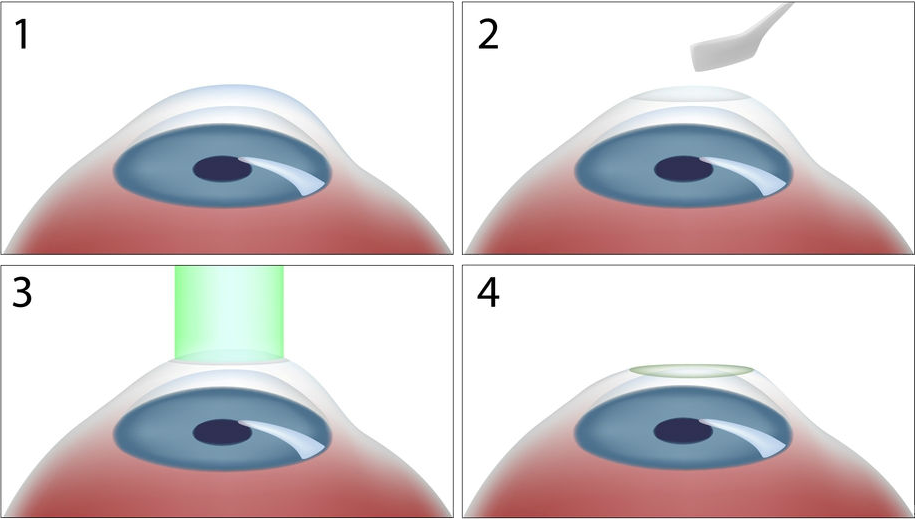 The LASIK process also uses the excimer laser to reshape the cornea, but is done under a thin, protective, corneal flap.

Here is a general outline of the procedure: 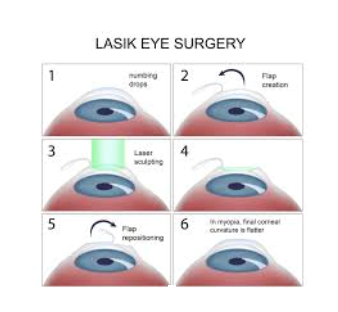